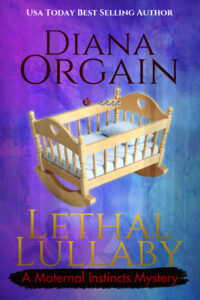 Susan was cold and distant. “Why would you tell me that?”

“You deserve to know,” said Lisa. “I really am terribly sorry.”

“Are you trying to get me to leave my husband?” Susan snapped.

I couldn’t quite make out Lisa’s response. Had Lisa . . . just told
Susan about the affair? Good gravy. This was going to be awkward.

“Well,” continued Susan, her voice returning to normal, though I
could detect an edge of contempt. “It’s hardly Oliver’s first dalliance
and it won’t be his last. I prefer it when I don’t know these things, and
I certainly didn’t need you to come bare your soul, you shameless little
hussy. What was your plan? Did you sleep with him to get a promo‐
tion? And when that didn’t work, you decided to try to get me to leave
him so that you could swoop in to be the next Mrs. Fischer?” She
scoffed. “Hardly. Oliver and I love each other in our way, and I’m
certainly not going to leave him. He’ll have forgotten your name in six
months, and so will I.”

Time to make myself scarce.

I walked in the opposite direction for several steps, then struck off
onto the shady lawn. I’d return to our picnic gathering in a round‐
about way so that Susan and Lisa wouldn’t know I’d overheard them.

Thankfully, the breeze had picked up again, which helped it feel
not quite so hot—although I was still baking. But overall, the walk was
pleasant, and by the time I made it back, both Susan and Lisa had
returned. I eased myself down onto the ground just as the waitress
brought out the wine.

Susan and Oliver remained engrossed in a side conversation with
Roxi, Denny, and Andrew, and my sister-in-law had finally emerged
from her Instagram world and was chatting with Natalie and Nick.

Natalie said something into her invisible microphone, then held it out
toward Tracy—and to her credit, Tracy played along.

Everyone seemed to be ignoring Lisa. Poor girl. She shouldn’t have
had an affair with Oliver, but who knew how he’d manipulated her—
and she had tried to come clean with Susan.

Had she been trying to get Susan to leave, or was she just over‐
come with guilt?

Lisa turned in my direction. “Kate, right?” she asked with a
strained smile. “When are you due?”

I cradled my bump and replied, “I’m at the end of my second
trimester, so we’ve got about three months left to go. Maybe a little
less, if I’m lucky. I’m pregnant with twins, so they’re likely to come a
little early.”

“Oh!” Her face brightened. “I’m a twin! And my sister and I were
born three weeks early. My mom always said we were in a rush to get
things done.”

I laughed. “Are you older or younger?”
She hesitated for a beat. “I’m the younger one. My sister Lily is
seventeen minutes older, and she never lets me forget it.”

“Well,” I said, dropping my voice to a conspiratorial whisper, “in
just a few years, the tables will turn, and you’ll start bragging to her
that you’re younger.”

With a smirk, she said, “Suppose so. She really gave me some
long-term ammunition, huh?”

“Very poor planning on her part.” I grinned. “Did you like growing
up as a twin?”

“It was amazing,” she said, picking at a clump of grass with her
fingers. “It’s like having a built-in best friend. We’ve always been
inseparable. We stick together no matter what.”

Nick swiveled to join our conversation just as I got a phone call
from Mom.

“I’m so sorry,” I said, pointing at my phone. “Excuse me.” I
awkwardly scrambled to my feet as I answered the phone. “Hey,
Mom! What’s up?”

“Darling!” my mom cried. “Would you mind terribly if I had
Laurie’s face painted? There’s an artist here at the mall. I let the older
girls get theirs done, and now they want Laurie to get a butterfly too.
But she’s so little I said I wanted to ask you.”

“Oh,” I said, surprised. Mom was a wonderful grandma, but her
usual modus operandi was to ask forgiveness rather than permission.
I wandered absentmindedly toward a line of tall, manicured bushes.

“Yeah, that’s fine. I don’t mind at all.” We hung up, and I took a few
more steps toward the bushes to see if I could smell the flowers.

Then I heard voices from the other side of the row of shrubs.

I glanced back toward the group. Sure enough—Nick and Lisa had
vanished.

Good grief, why is everyone sneaking off for secretive side conversations?

“Why did you follow Susan to the restroom? What did you say to
her?” Nick demanded.

Though I couldn’t see Lisa’s posture, her voice sounded defensive.

“That’s none of your business.”

He laughed bitterly. “You did, didn’t you? I never took you for the
guilty-conscience type.”

“Seriously. None of your business,” she replied tersely. “It doesn’t
matter, anyway. Susan doesn’t care.”

“I’m just one in a long line of Oliver’s indiscretions, and she knows
which side her bread is buttered on.”

He let out a long hiss through his teeth. “That’s why he didn’t seem
to care if Susan found out.”

Part of me wanted to sprint back to the picnic and warn my
brother about all the office drama and the terrible people he was
working with. But sprinting was out of the question, and I was too
curious for my own good.

“Now I’ll never get the promotion,” he muttered. “That fawning
idiot Andrew will get it.”

Anger zinged through me. Now I wanted to march around the
hedge and tell Nick what was what. But that wouldn’t be wise, and it
would embarrass Andrew.

Exercise self-control. I turned and shuffled back to the picnic. It
certainly wouldn’t do to be caught overhearing that.

I sat back down and picked up a conversation with Natalie.

Did she know what a sleazeball she was dating? I doubted it. Nick
was really charming—when he wanted to be. I couldn’t believe I’d
been taken in by his pleasant manners.

Set it aside, Kate, I warned myself. I just needed to get through the
rest of the picnic and then decide what information was appropriate
to pass on to Andrew . . . and what wasn’t.

When the cheese platter arrived, I eyed the brie mournfully. Soon

Of course, all kinds of cheese seemed to be giving me heartburn
these days—plus, overhearing all these conversations was definitely
going to give me heartburn—so I skipped the whole cheese platter
and waited for my sandwich. My stomach grumbled. I took another
sip of water to tide myself over, but it didn’t help. I wanted my sand‐
wich, and I wanted it now.

I dug my fingernails into my palms. It’s just the pregnancy cravings
talking. Stay calm. Do not have a hormonal meltdown in front of
everyone.

I was really ready to not be pregnant anymore. I’d only had a
four-month gap between giving birth to Laurie and getting pregnant with
the twins, so it felt like I’d been pregnant for the last year and a half.

Like I was an elephant. I was pretty sure that was about how long
elephants were pregnant for. I glanced down at my belly. Was I
already bigger than I’d ever gotten with Laurie? It seemed like it. I felt
like an elephant.

My brother turned to face her, his expression pleasant. “Yes, love?”

She held out a couple pills. “Take these before the sandwiches get
here. We’ve had way too many carbs on this excursion. We’re going to
have to detox for a week.”

He accepted the pills without comment, and I rubbed my temples.

Ah, yes, Tracy’s prized carb blockers. This was the first time I’d
seen them come out on this trip, but she used to have missionary zeal
for them. I’d always turned them down.

As it turned out, the sandwiches were delicious—or maybe that
was still the pregnancy cravings talking. I was almost in a good mood
by the time we finished lunch.

I hazarded a glance at Nick out of the corner of my eye. For the
first time all day, he wasn’t talking to anyone. He seemed . . . pale. I
turned to study him. Sweat beaded on his forehead. Was it just the
heat, or was he sick?