It’s a well-known fact that I’m not a kid-person. I’m not into them. They’re not my thing. I don’t do kids.

Don’t introduce me to your children until they’re ready to discuss quantum mechanics with me. (Diana’s kids are there already!)

So how did Maddie Porter get born and invade six of my books (the sixth miniature mystery, “Mix-Up in Miniature,” will be out next spring)? Maddie is now 11, well below the age I can relate to, the discussable age, and she’s also a skinny redhead, the likes of which I never saw growing up in my Italian neighborhood.

I’ve always resisted the “characters want to be heard” myth. Creating a character and moving her around 350 pages in a believable way takes a lot of work.

I was on a panel once with the great Reginald Hill. Someone asked him, “Do your characters ever take over and write the story?”

I’m with Sir Reginald on that, but there’s no doubt that Maddie the Kid crept onto my screen before I could think about whether I wanted to deal with a preteen.

Maddie is precocious and loves sweets, which helps, because I can imagine manipulating her to talk about string theory, and her computer skills make her a good little sidekick sleuth, but I’ve warned her, she’d better not start acting up like some of the kids I see at the mall. I have ways of eliminating characters I no longer have use for.

My newest series, an academic mystery, features Sophie Knowles, college math teacher in a small New England town. What a relief. Sophie hangs around with only adults and college kids (my favorite segment of the population) all day.

Sophie has no children, but her boyfriend has a 10-yr old niece. Oh, no! What if Melanie demands her own story?

Not that I believe in characters taking over.

For each book, I create characters whose lives and professions are unfamiliar to me. I love doing the research, talking to willing subjects to get the inside scoop. Among the people I’ve observed and interviewed are cops, funeral directors, ice climbers, veterinarians, EMT workers and medivac pilots. And now, kids.

To develop Maddie I had to actually deal with kids, to capture their behavior, speech patterns, buzz words.

What do you know? They’re not as bad as thought. I even grew to like a couple of them. Still, no theme birthday party invitations, please. 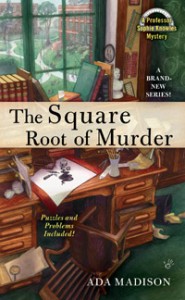 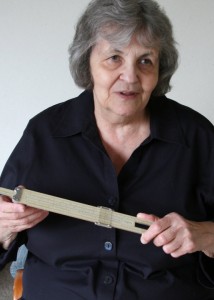 Camille Minichino is a retired physicist turned writer, who minimized her chances of having children of her own by spending her childbearing years in a convent. Her akas are Margaret Grace (The Miniature Mysteries) and Ada Madison (The Professor Sophie Knowles Mysteries, debuting July 5). She’s at http://www.minichino.com