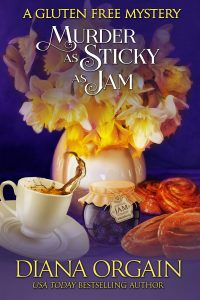 The ride home was a blur for Mona, the details hazy as Vicki
drove and parked her car in Mona’s driveway. Somewhere on the
ride home, the deep pain changed and became a numbness that
made the events feel unreal. Turning the key in the lock, she
pushed open the front door. Her purse fell from her hand onto the
kitchen table, the keys left in the lock and Mona collapsed on the
couch.

Vicki grabbed the keys out of the lock and followed her inside.

Mona stared up at the ceiling. It was the same as it had been that
morning when she left home, the same plain white paint and antique
ceiling fan that spun endlessly in circles during the warm months. But
so much had changed since the morning she felt somehow offended
that the ceiling had the nerve to stay the same.

Mona lay on the couch, unmoving, until Vicki peered over her,
blocking Mona’s view of the ceiling fan

“Yup,” Mona heard herself answer, but her own voice sounded far
away.

“You are seriously as pale as a ghost. Should I take you to the
emergency room?”

Vicki kneeled down on the floor beside Mona and declared, “I’m
going to make us a couple of stiff drinks. If you don’t look like part of
the land of the living soon, I’m going to call an ambulance.”

“I’m fine,” repeated Mona as she made and effort to sit up.

Vicki grabbed the remote control off the coffee table and clicked
on the TV. “Let’s watch Competition for the Crown; you’ll feel better
when you see some people have it worse than you right now.”

“Competition for the Crown is fiction, Vicki,” Mona whined.

“Still, how you would like to be beheaded for betraying the
crown?”

Mona smiled in spite of herself. “There is no crown.”

Vicki giggled as she left the room to fix some cocktails. “Well, if
there was, I know you’d never betray the crown.”

A battle raged on the TV, complete with horse mounted knights
slaying each other but Mona could hardly watch her favorite show.

Vicki returned to the room with two lemon-drop martinis in
hand. She put the glasses on the coffee table and sat on the couch
beside Mona. She muted the TV and said, “I just got a text from my
cousin, Doug. He’s with the fire department; he thinks it wasn’t a total
loss, isn’t that good news?”

Like a light switch being thrown, Mona suddenly woke out of her
stupor, “Not a complete loss?”

Vicki nodded. “See, it’s like I always say, everything is going to
work out, somehow.”

Mona wiped away a tear and said, “I’m so sorry I wasn’t there to
save our shop, all of the stock went up in smoke—”

“Not all our stock, I made a few batches of lip balm and candles
today, and I still have my hives! As long as my Queens are happy …”

She glanced at Mona. “What?”

Mona felt as if she would pass out. “My recipes.”

Vicki frowned. “Your recipes? You know those things by heart.”

“They were mom’s. All I had left of her,” Mona choked on a sob as
Vicki squeezed her shoulder.

Mona’s mother had passed away when Mona was a young girl. Her
best memories of her mother were in the kitchen, cooking and laugh‐
ing. Her mother had taught Mona everything she knew about food
preparation, especially making jelly.

She’d cherished the recipe book that had been written by her own
mother’s hand.

And now it was gone.

“It’s not all you had left of her, Mona. She’s always going to be in
your heart and cooking,” Vicki said.

Mona pressed her hands to her head trying to quell the pain.

Vicki straightened. “Anyway, if Doug is right, maybe we can be
back in business soon, what do you think?”

Managing a weak smile, Mona answered, “I hope so. Every dollar
of my Aunt Cee’s loan was tied up in the shop. What are we going
to do?”

Mona’s cell phone vibrated on the table, both woman leaned in to
look at the caller id. “Aunt Bee,” Mona groaned, sending the call to
voicemail.

Mona shrugged took a big swig of the martini. “She’s going to give
me the, I told you so, speech.”

The phone immediately buzzed again, and Mona grimaced to see
her cousin Stewart’s face light up her screen. Stewart had no qualms
about letting Mona know he was furious with her for taking Aunt
Cee’s money. Apparently, he’d been asking Aunt Cee for a loan for a
while, and she’d refused.

“You want me to talk to him?” Vicki asked.

Mona shook her head and pressed the red button on the phone,
sending Stewart into silence. She swirled the golden liquid in her glass
and said, “Well, this helps calm my nerves, but it doesn’t do anything
about our predicament.”

“Keep drinking,” Vicki said. “Some idea will hit us.”

After a moment, Vicki suddenly jolted forward and raised a finger
in an aha gesture. “You know, Alexander said we could always sell our
goods in his store,” Vicki said.

Mona stiffened. “When did he say that?”

“Remember? When we told him we were opening up shop.”

“Because he thought our shop would flop!” Mona said. “I can’t
stand him, it’s as if he willed us to fail!”

“I’d like to strangle him with that safety net,” Mona grumbled.
She found Alexander difficult to deal with. He was temperamental
and hot headed, but every time she mentioned that to Vicki, Vicki
defended him.

Probably, Mona thought, the fact that Alexander looks like a Viking
stepping off the cover of a Harlequin romance is clouding Vicki’s judgment.

Mona put down her martini glass and was just about to comment
on this when she looked over at the TV and saw Leo on the news. He
stood next to a blonde reporter with a microphone thrust under his
chin. His dark hair and eyes sizzled right through the screen and into
her heart. Behind him was smoky rubble, the remains of what had
only this morning been Jammin’ Honey.

She gasped. “Oh my! Where’s the remote! Turn on the volume! It’s
Leo!”

Vicki jumped to grab the remote and accidently toppled her
martini glass across the table. Sticky liquid covered the device as she
pressed every button.

Mona lurched toward the TV, just as the news flash concluded and
a commercial for dishwasher soap took over.

Her heart beat a mile a minute as she tried to process what his
presence there could mean. He was in a police detective that much
was true, but he wasn’t a fire fighter.

Vicki shrugged. “I don’t know. Let me clean up my mess and I’ll
call him.”

Vicki disappeared into Mona’s kitchen as the sound of car tires
crunching gravel on her driveway filled Mona with panic. It was well
after sunset, and she hadn’t been expecting anyone. A car door
slammed shut and then heavy footsteps on the front steps announced
the arrival of an unknown guest.

Mona peered out the front window just as the quiet of the evening
was disrupted by a door bell.

Vicki came out of the kitchen with a wet rag in her hand. “Who is
it?” she asked Mona, who was frozen at the window. When she didn’t
get a response, she looked out the peep hole, then swung open the
front door. “Hey! Did you come to join the pity party?”

Mona watched with bated breath as the man she loved, her crush
for over a decade, walked into her living room. Instinctively, Mona
brushed aside a wisp of hair.

Of all the days for Leo to come by, I must look awful. I’m a complete
wreck!

“Mona, Vicki, I’m sorry about what happened to your store today,”
Leo said as he gazed at Mona.

Mona stood in an awkward greeting. “Thank you, Leo, for stop‐
ping by. That was nice of you, can I get you anything, tea, coffee, a bite
to eat?”

“No, I’m good, I’m still on duty.” Then he glanced around the
room. “Whoa. It smells like a distillery in here.”

Vicki gave her brother a quick hug. “Well you smell like smoke, so
guess that makes us even. Don’t worry. We’re still sober, but I spilled
my lemon drop martini when we saw you on the news.” She
proceeded to mop up the table as she asked. “What was that about
anyway?”

“I’ve been assigned this case,” he answered. “Do you mind if I sit
down?”

Mona blushed as she often did any time she was around Leo,

“Sorry, I don’t know where my manners have gone.”

“It’s fine, you have had a hard day,” he said, touching Mona’s hand
for a moment.

A swirl of excitement fired through Mona’s veins at his touch, but
she fought to contain herself.

Leo looked at her strangely for a moment, as if he wanted to say
more, but he released her hand and sank down in the leather club
chair beside the sofa, instead.

“I’m afraid that the news I have for you all isn’t good; your bad day
is about to get worse.”

Mona collapsed onto the couch, tears stinging her eyes. She
grabbed a throw pillow and pressed her face into it.

She felt on the verge of an ugly cry, but that was the last thing she
wanted to do in front of Leo. She took a deep breath and then looked
up from the pillow and met his gaze. In her steadiest voice, she said, “I
know what you are going to say, the building is gone, right? It’s a total
loss, isn’t it?”

“Leo, please tell us that isn’t true, it would take months to rebuild,”
Vicki said.

Leo shook his head slowly and answered their fears, “I wish it was
that, but it’s far worse. At first, I thought I would be investigating a
fire, but now it looks like arson and homicide.”

Mona felt the blood drain from her face, and the room seemed to
tilt. She reached out to Vicki and gripped her best friend’s hand.
Homicide?