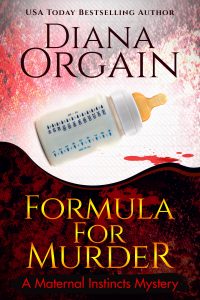 The woman returned with a man by her side. He looked to be in
his late thirties. He had a square jaw and strong, straight nose. His
dark brown hair was smoothly combed back and held in place with
lots of spray or mousse. He wore a blue shirt that was unbuttoned one
or two buttons too many. Dark curly chest hair peeked out as he
swaggered toward us.

Before they reached us, Jim turned to me and quietly asked, “Is
that the guy?”

“No. The driver was much younger. Like seventeen or eighteen.”

When he approached us the man immediately extended his hand
to Jim. “Monsieur, I am Jean-Luc Gaudet, the Deputy Consul General.

Mademoiselle tells me you were a victim of a hit-and-run.”

Jim looked at Jean-Luc’s hand but didn’t shake it. “My wife and
infant daughter were in the car. Is that bashed-up SUV yours? The
one with the missing fender?”

Jean-Luc seamlessly turned his outstretched hand into a gesture,
shifting his palm face up and motioning us toward a corner of the
lobby that held some leather chairs and a small table covered in
magazines.

We moved toward the chairs as Jean-Luc said, “The vehicle is
registered in my name.” He pointed to the leather chairs, indicating
for us to take a seat. “Please.”

Jean-Luc and I sat; Jim remained standing. I cradled Laurie’s car
seat bucket in my lap. An older couple entered the building, and
Jean-Luc watched them as they made their way to the reception counter.

He and the woman from reception exchanged glances, then the
woman broke loose from us and returned to the reception area.

I tried to move Jim with my eyes, looking from him back to the
empty chair and raising a pleading eyebrow.

Jim shook his head and mouthed, “Not our buddy.” He broke eye
contact with me and stared at Jean-Luc.

Jim’s eyes narrowed. “Right. Nice. Okay, someone on your staff
obviously was. Someone has keys, access, whatever. Or are you saying
it was stolen and conveniently parked back in your garage?”

Jean-Luc blew air from his lips in an exaggerated French puff. He
fixed his face in an expression of confusion and raised his hands and
eyes as though searching for an answer from the ceiling.

Watching him play dumb made me want to rip out every last chest
hair and shove them up his nose.

Jim clenched first his jaw then his fist. “My wife and baby had to be
assisted out of -our vehicle by the other party that got hit. They had to
wait for the ambulance on a bed of ice plant, abandoned! My daugh‐
ter’s only three months old!”

Jim continued, “I just picked up my wife and infant from the emer‐
gency room. They got emergency rooms in France, right?”

Because of a little bump, they don’t look hurt—”

Jim closed the distance between him and Jean-Luc. “You interested
in a visit to the emergency room today?”

Jim’s face was inches away from the man, his meaning clear.

Jean-Luc’s head turned toward the reception desk. The woman
was staring at us wide-eyed. The couple she was helping mirrored her
expression.

Jim said, in a whisper that only Jean-Luc and I could hear, “My
wife can identify the driver.”

It was the final blow.

He stepped toward the woman at reception and said something to
her in French. She nodded and retreated down the corridor. He shook
hands with the couple she had been helping. The older gentleman put
a hand on Jean-Luc’s forearm and pulled him close. Laughter erupted
from them.

I glanced at Laurie and gently rocked the car seat back and forth.

Her hand fidgeted but other than the small movement she was sound
asleep.

“What was with the emergency room stuff? Were you threatening
the guy?” I asked Jim.

The receptionist returned and handed a card to Jean-Luc. He
approached us and handed the card to me. “Madam, please take my
card. Our insurance information is on the back. We’ll gladly pay for
the repairs to your car and any bills you have from the hospital. Please
accept our apologies.”

We left the consulate in silence and crossed the street to Jim’s car. I
loaded Laurie into the back and secured the car seat carrier to the
base.

I decided to ride in the passenger seat next to Jim instead of in the
back next to Laurie. He seemed to need me more than she did at the
moment, since she was still asleep and he was fuming.

I fastened my seat belt and waited. Jim didn’t start the car.

“I would have liked to squeeze his neck until his head popped off,”
Jim said.

I put my hand on his thigh to soothe him. “Honey—”

“Then kick his head over the roof.”

But hadn’t I wanted to rip his chest hairs out?

Jim shrugged. “Is it? I think a hit-and-run is awful, cowardly. And
then that guy trying to cover it up—it’s reprehensible.”

The doors of the consulate opened and two ladies exited. Both tall
and slender, one a brunette, the other blonde. They were chatting and
when they reached the sidewalk they turned away from each other
and parted ways. I watched the blonde walk toward us.

Jim nodded. “The other one was Kimberly Newman.”

Nancy Pickett, a serious investigative reporter, was the one always
sent out to do a story during the eye of the storm or to report on the
city’s latest drug bust. As recently as last night, she’d been covering a
major pet food chain store scam and had received an honorable
mention from a neighborhood merchant organization for saving the
lives of countless dogs.

Kimberly Newman, on the other hand, was a high-society girl
turned weather woman, turned part-time journalist. She was always
pictured on the news or in the paper and on the web at the tony Pac
Height parties on someone’s arm. I think her most recent conquest
was a San Francisco city supervisor.

What were Nancy Pickett and Kimberly Newman doing at the French
consulate?